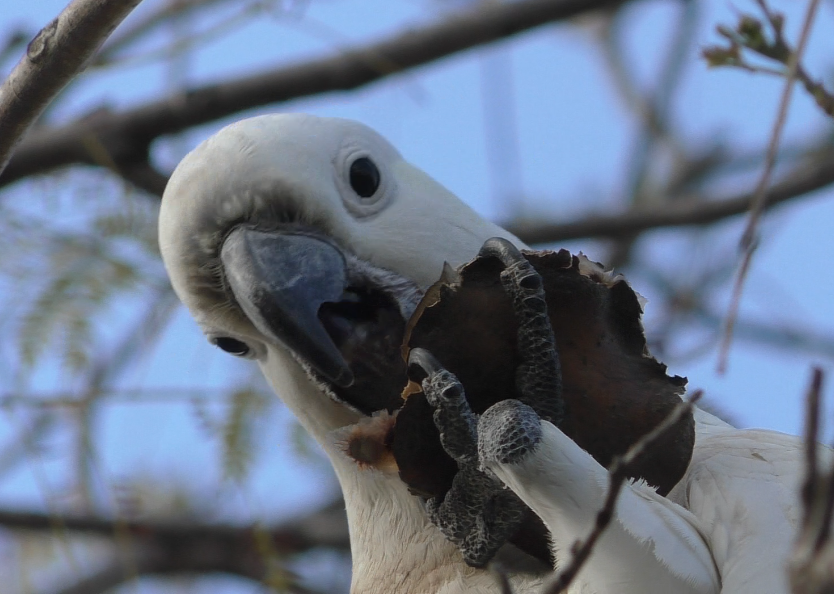 Studying animal culture in the wild is challenging, not least because local populations often differ in their habitats, making it problematic to exclude ecological variables as explanations for behavioural variation between populations.

Sulphur-crested cockatoos (Cacatua galerita) in suburban Sydney, Australia offer a unique opportunity to study a potentially socially-learned skill in an environment where we can exclude ecological variables as explanations for behavioural variation, because hundreds of birds have access to the same foraging tasks: They have learned to open household bins to scavenge food. Using a citizen-science approach, we are mapping the occurrence of bin-opening across the Greater Sydney Region to determine the current extent of the behaviour, where it started and how it spread. By observing cockatoos in ‘behavioural hotspots’ we will be able to describe the behaviour in detail, find out whether all cockatoos are able to open bins and how they learn the behaviour. Stay tuned for upcoming results of this work!

But cockatoos do not only forage in bins! For such a widespread, conspicuous and common species, surprisingly little is known about their foraging ecology. I am conducting classic behavioural observations to describe their diet, their reliance on human-provided food in the city and have already observed another exiting innovation – cockatoos drinking from water fountains. Watch this space for upcoming results –  there is still much to learn about these handsome birds!